Re-modelling and Extension to a Traditional Bungalow, Hailes Gardens, Edinburgh

The starting point for this project was a traditional bungalow in a street where a broad mix of house styles exist.  The client wanted to open up the internal layout and form a large extension to the side and rear of the building.  The wallhead was raised to allow more generous accommodation to be formed within the roof space.

A similar scale of extension had been carried out in the neighbouring bungalow and arguments of precedent along with retention of original elevational features were used to achieve planning consent.

The large garden area helped to accommodate the large extension, which provides expansive family space comprising kitchen living and dining areas.  Use of perimeter roof slopes were used for roof lights, bringing in improved daylighting to the interior. 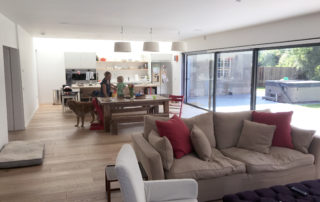 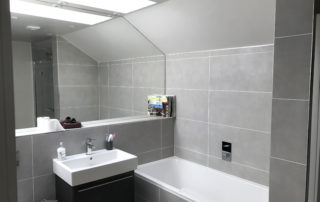